My eighth poll is inspired by CONTEMPLATIVE BLOGATHON 2, which is being hosted by Harrytuttle at http://unspokencinema.blogspot.com/ . I think CONTEMPLATIVE BLOGATHON is a real food for thought. It is very useful for me. Though I feel sorry I can’t write anything meaningful to contribute to the blogathon, I still feel very inspired by it, so I think I should make a poll which mostly consists of contemplative films and some slow films which may not be contemplative.


I LOVE THESE SLOW FILMS VERY MUCH. WHICH FILM DO YOU LIKE?


--I’m sorry many of the films in this poll are not available as DVD yet. But let’s blame it on the DVD companies who often overlook these wonderful gems.


--The title of this poll–“filming empty chair till there’s no warmth left” comes from what Fred Kelemen said. During the Fred Kelemen retrospective in Bangkok in November 2007, Kelemen gave many useful Q&A. Unfortunately, I don’t remember the exact words that Kelemen said during the Q&A. I just remembered some of his ideas, but after a few weeks, I guess some of his ideas that I tried to register in my memory have mixed with my own ideas. Now I’m not sure anymore how much of the ideas in my memory exactly comes from Kelemen, and how much comes from my own ideas. So I apologize in advance if I remember anything wrongly.

Filmsick wrote in Thai about one of Kelemen’s ideas that I like very much. It is about his method of editing. Kelemen said that in most films, the filmmaker may film a person sitting in a room, but after the person stands up and walks out of the room, the filmmaker will suddenly cut to another scene to follow that character. This kind of editing treats the room as if it doesn’t really exist. It only confirms the existence of the person, not the room. But if the camera doesn’t follow the person, if the filmmaker doesn’t immediately cut to another scene, if the filmmaker still films that empty room, or that empty chair, for a while until the atmosphere of the existence of human being really fades away, you will start to REALLY SEE THAT ROOM AS A PLACE, UNCONNECTED TO HUMAN BEINGS ANY MORE. Human beings will become only a tiny thing in the big universe. This method of filming/editing is also a way of tracing what human beings leave behind. Because when you stand up after sitting on a chair for a while, the chair will still contain your warmth, or some of your body temperature. Anyone who comes to sit on that chair in a few seconds will still feel the warmth on the chair you leave behind. Kelemen tries to capture this kind of thing in his films. Kelemen will continue filming the empty chair until there’s no warmth left, before he cuts to another scene.

I like Kelemen’s way of editing and his films very much, partly because somehow they make me more aware of any consequences of my decision, my speaking, or my action. Kelemen’s films seem to emphasize on the consequences of many little things the characters do. If our decision of some trivial things such as sitting or standing leaves unintentional but natural consequences, such as the warmth on the chair, no doubt our decision on other issues will leave bigger consequences. I think this aspect of Kelemen’s films may help improving the way of living of some audience, or help some audience to be a better person, without being didactic.

From what Kelemen said in the Q&A, his films make silence speak, show the real presence of silence, or make us hear the silence. Silence in Kelemen’s films is not just the absence of sound, is not just a period of time between one sound and another sound. Silence in Kelemen’s films is a sound in itself. His films give life to silence, give more space to silence. KELEMEN’S FILMS MAKE SILENCE AND EMPTINESS HAPPEN.


--Kelemen gave an interview to Kong Rithdee for the Bangkok Post newspaper in November 2007. This is a part of the interview:

“Kong Rithdee: Your films also use a lot of long takes, without cuts. Do you think that the longer a take is, the more real, the closer to the concept of time it becomes?


Fred Kelemen:The longer the take is doesn't always mean that it becomes more real. Sometimes the longer the take, the more boring it becomes. The length of a take is a question of tension. I try to keep scenes going as long as the tension is there, and cut the moment the tension fades. Even if a scene is long and almost nothing happens it doesn't mean that it's empty.


When you observe something for a long time, you start to understand more, and then it's more than just getting information. To use an image to give information is easy. Today everybody uses fast-cutting video clips, and you can get information on the visual level, but that's not important for film.

Maybe it's important for TV news, where you have info but not knowledge. But if you want knowledge, you need to go deep into it. You need time, when you observe something a little longer, then it goes beyond information and it starts to become metaphysical. You can go behind the skin or go through the eyes and you see something else. Maybe you catch a secret of the moment by doing that.


KR: Time as a cinematic concept?


FK: The concept of time in my films is much more influenced by music than by cinema. When I was young, I heard the music by Hungarian composer Bela Bartok, and I was deeply moved by the way the sound closed in and created a new variation and forced into itself and came back again. This idea of the flow of time, which is also present in traditional Indian music, was something I tried in my very first film in film school.


FK: Not always. In some works by Bartok, and the early works of Schoenberg and the minimalism of Morton Feldman, time flows and the theme and melody are falling into each other. There's an incredible flow in it. I think I have a strong influence from music, maybe more so than from cinema.


KR: Are audiences today less patient when it comes to appreciating the passage of time?


FK: Yes, because life is very fast, because everybody is under commercial pressure. Time is money. In our society - mine and yours - the more time you spend, the less money you make. People are chasing material satisfaction and they lose the mental satisfaction. If we rush through everything we don't see anything any more.


We're reminded that time is passing away because we're mortal. If we could live forever, time would mean nothing. But we have an end, and the fact that we'll die makes the presence of time uncomfortable.


Mainstream commercial cinema tries to eliminate time because they know that time is uncomfortable. In commercial films, you have no presence of time, you only have the presence of action, which is quite empty. You have action, fast cuts, loud noise, it's more like an attraction park. All this is just to make people forget that they are alive, that they're mortal.


KR: And to remember, rather than to forget?


--As for THE LEFT-HANDED WOMAN, which is included in my eighth poll, I want to say that I like what TIME OUT FILM GUIDE said about this film very much.

This is the description of THE LEFT-HANDED WOMAN in TIME OUT FILM GUIDE:
http://www.timeout.com/film/newyork/reviews/80257/The_Left-Handed_Woman.html

“A train shatters the stillness of a Paris suburb, leaves a puddle on the station platform quivering with some unsolicited, mysterious, moving energy. This Romantic metaphor is at the very centre of Handke's grave, laconic film, produced by Wim Wenders, which begins where The American Friend left off: in the ringing void of Roissy airport. Here, the Woman (Edith Clever, superb in the role) meets her husband (Ganz) and, for no apparent reason, rejects him in favour of a solitary voyage through her own private void. In her house, with her child, the film records a double flight of escape and exploration, her rediscovery of the world, her relocation of body, home and landscape. This emotional labour makes its own economy: silence, an edge of solemnity, an overwhelming painterly grace. Self-effacement is made the paradoxical means of self-discovery, and the film becomes a hymn to a woman's liberating private growth, a moving, deceptively fragile contemplation of a world almost beyond words”

5.An article on THE LEFT-HANDED WOMAN in the book NEW GERMAN FILM: THE DISPLACED IMAGE (1983) by Timothy Corrigan. The book is published by Indiana University Press.

This is an excerpt from Timothy Corrigan’s article:

“In this resistance to discourse, Marianne becomes almost pure image, a negation of social languages. It is more than twenty minutes into the film before this central character utters her first word, and for the remainder of the film she says extremely very little, a passive listener in most of her conversations with others. After her husband accuses her of mysticism, she regards herself in the mirror and says, “Say whatever you want; the more you say the freer I’ll be of you.” This confrontation is, on the one hand, directed at her absent husband and his attempt to bully and manipulate her with language. On the other hand, it is aimed at her own divided self as an image produced by that patriarchal discourse and as an image independent of those words, more distinguished in its difference, the more those words attempt and fail to claim that image.”


6.An article on NATHALIE GRANGER in the book NEW NOVEL, NEW WAVE, NEW POLITICS: FICTION AND THE REPRESENTATION OF HISTORY IN POSTWAR FRANCE (1998), written by Lynn A. Higgins. You can buy the book from amazon.com

This is an excerpt from the book:

“The utter silence of the scene is also a particular feminine mode for the Duras of 1972. As she put it in an interview at that time, women’s writing is always translated into language from a nondiscursive darkness. Silence in NATHALIE GRANGER is a strong force, not simply an absence of speech or noise. “Men prevent the silence from being heard,” says Duras. Duras’s post-1968 literary efforts, particularly DESTROY, SHE SAID (1969), are informed by an angry and profoundly pessimistic vision of the bankruptcy of all language. This was presumably what turned her away from novel to film and, within film, her emphasis on nonverbal communication (e.g., Nathalie’s piano theme, which haunts each of the characters in turn, including the spectator). Film itself, erasing itself as it proceeds, offers both a method and an emblem for the destruction of language.”


--Other slow films, or strongly atmospheric films I like very much include

(Some of these films may not be contemplative.) 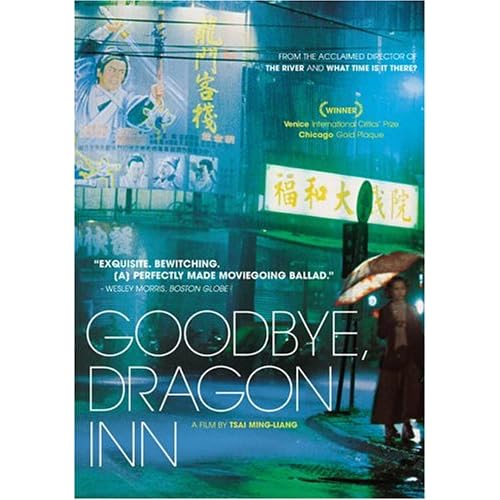