This entry is inspired by
http://misterioabierto.blogspot.com/2010/01/for-jit-1-anne-wiazemsky.html

I'm fine, though I feel a bit sad for the death of Eric Rohmer. He is one of my most favorite filmmakers of all time. How are you?

Thanks for the information about JEUNE FILLE. This book is very interesting. I also just found out from Film Comment magazine that this book will be translated into English soon. That would be great.

To tell you the truth, I hadn't noticed much about the sexiness of Bresson's cast before, except in the case of Humbert Balsan in LANCELOT DU LAC (1974), who is one of the handsomest French actors in my point of view. Your observation about his cast makes me reconsider it. Why did I overlook it? Maybe it is because Bresson didn't exploit the sexiness of his cast in the same way that Hollywood filmmakers exploit it. Maybe it is because the stories of his films divert my attention away from their sexiness. Maybe it is because his cast is mostly made up of unknown actors, thus it is easier to overlook their true beauty. Maybe it is partly because many people didn't talk about this thing when they talked about Bresson's films. Hahaha.

However, I can't deny that I like the looks of the leading actors in A MAN ESCAPED
http://www.youtube.com/watch?v=CrBZF9AFH4Q

I still haven't seen many films by Bresson. I haven't seen LES ANGES DU PÉCHÉ, DIARY OF A COUNTRY PRIEST, PICKPOCKET, THE TRIAL OF JOAN OF ARC, UNE FEMME DOUCE, and FOUR NIGHTS OF A DREAMER. I have to find time to watch them soon.

I think I need to see more of Anne Wiazemsky's films, especially her films with Philippe Garrel. As for her films, I have only seen AU HASARD BALTHAZAR, LA CHINOISE and TEOREMA, and I can't remember her face at all. I don't know why her face doesn't register in my memory. What I remember from AU HASARD BALTHAZAR is the scene in which the bad boy listens to his radio. What I remember from TEOREMA is the scene in which the maid soars above a house or something like that. What I remember the most from LA CHINOISE is Juliet Berto. But I think if I see Wiazemsky in Garrel's films, I will not forget her face, because Garrel always has a way to capture the faces of his characters and make them unforgettable, especially the weary face of Marie-Paule Laval in THE BIRTH OF LOVE.

The maid's scene in TEOREMA
http://www.youtube.com/watch?v=EO9gzK3I32g

Talking about Bresson, I want to note that I just went to see 20TH CENTURY BOYS 3: THE LAST CHAPTER – OUR FLAG (2009, Yukihiko Tsutsumi, A+), and the film unintentionally reminds of L'ARGENT, because in this Japanese film, a little boy is accused of a small theft he didn't commit. This injustice done to the boy helps make him grow up to be a man who wants to wipe out the human race. I am impressed by this kind of stories like in L'ARGENT, which shows us how a sin which seems so small such as using a fake bank note can lead to a massacre. Unfortunately, that's just the only thing in 20TH CENTURY BOYS 3 which reminds me of L'ARGENT. Other than that, the film is the opposite of L'ARGENT because its style is like TRANSFORMERS or TERMINATORS or something like that, though its story is a little bit more touching than many big budget mainstream films.

I just learned from Film Comment that Bresson used to be a gigolo, like Billy Wilder and Jacques Nolot. This fact makes me love him even more.

While you love Anne Wiazemsky, I think I just fell in love with a French actress called Marie-José Nat. I just watched ELISE, OR REAL LIFE (1970, Michel Drach, A+), and she is amazing in that film. I love her role and her face in that film very much. I had never heard her name before. I think she is as charming as Élodie Bouchez. I also just saw her in L'ONCE DE RUSSIE (2006, Francis Girod, A+), though she didn't have a chance to use her real talent in this film, because the film mainly focuses on the acting of Claude Brasseur. 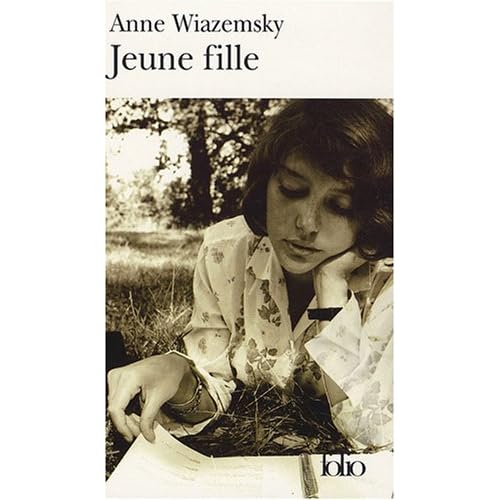