You can watch this film here (no English subtitles):
http://www.youtube.com/watch?v=O8WBLjqhZqA

Things I find very interesting in this film include:

1.The sense of a dilemma. I mean the film may be anti-dam, but it doesn't try to deny the fact that people needs electricity. After watching the film, I think the film doesn't try to say that we must stop building every dam. The film makes me feel that if a dam must be built, the victims of the dam must be adequately compensated or appropriately helped. The film makes me feel that the existence of a human being inevitably affects the existence of other human beings whom we don't know at all. How much electricity have I used since I was born? Does my existence indirectly affect many villagers or not? It seem there are "indirect victims" of everything that we do or every moment that we are still living, and we shouldn't forget these indirect victims.

2. Wiwat "Filmsick" Lertwiwatwongsa remarked that what he likes very much about the film A BELT AND A COMB (2012, Suthit Saja (Ja Bue), 10 min) is that it shows that there are marginal people among the marginal people themselves. If I remember it correctly, A BELT AND A COMB shows the difficulties in the lives of Lahu hill tribes people. But even among the Lahu people, the Lahu persons who come from Myanmar live with much more difficulty than Lahu in Thailand.

DAMNING THE DAM also shows us a problem like this. The people who lost their homelands because of the dam are already "victims", but there are differences among these victims. The Thai, Laotian and Karen victims were much better compensated than the Mon victims. This kind of things are rarely shown to the public. We like to look at these victims as one and the same, and not realizing at all that they are different from one another.

The different attitudes/memories towards the same place are what is interesting for me. Apart from the dam in this film, we can find other examples in our lives, for example, Rajdamnern Road. When you look at Rajdamnern Road, do you think of it as a place for Formula One racing? Or a place in which the massacre took place?

4.What makes DAMNING THE DAM a little bit different from some other social documentary films is its attempt to connect with the young audience by showing popup messages on the screen from time to time, instead of using plain texts, and by interviewing young Bangkokians who are not related to the villagers at all.

I think it is interesting that some documentary films try to find a way to reach a larger audience. Apart from this film, other notable examples include NONGHARN หนองหาร เพราะมันไม่ใช่เรื่องสิวๆ (2007, Panus Boonnun, 14 min) and SUPER FROG VS. ENERGY-CRAVING DEMON ซุปเปอร์กบปะทะปีศาจกระหายพลังงาน (2010, Jackrit La-ongek). Both films are about nature conservation or something like that, and both films try to make their stories look as funny as possible.

APPENDIX: Other favorite films about dams:

5.THIS IS NOT THE LAST TIME ไม่ใช่ครั้งสุดท้าย (2012, Natthan Krungsri, 14 min) 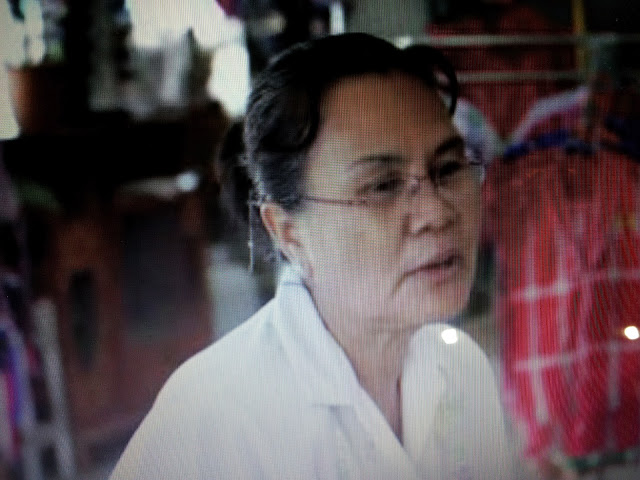