My fourteenth poll is inspired by A SHORT FILM ABOUT THE INDIO NACIONAL (2005, Raya Martin, A+), which I saw last month. It’s a very strange film which I hardly understand, though I am totally fascinated by it. It seems to show the lives of some Filipinos during the colonial era. The film doesn’t waste time to tell anything you can read from a history book, so that’s partly the reason why I, who have no knowledge about history, let alone Philippines’ history, don’t understand it, but I still like the film’s approach to history very much.

A SHORT FILM ABOUT THE INDIO NACIONAL has so many memorable scenes, one of which is the scene in which some children kill a priest by drowning him. I don’t know if this scene represents the anger towards religious institution or the Spanish rule, but it is a very powerful scene, nevertheless.

After seeing A SHORT FILM ABOUT THE INDIO NACIONAL which deals with the colonial era, I realize that I have seen very few films which deal with this period in history. I try to make a list of films in this category which I have seen. Here is the result:

THESE FILMS MAY HAVE SOMETHING CONCERNING THE COLONIAL ERA. WHICH FILM DO YOU LIKE?

5.THE FANTASTIC PLANET (1973, Rene Laloux, Czechoslovakia/France)
http://www.imdb.com/title/tt0070544/
This films deals with the colonial era on another planet. Hahaha.

14.QUEENIE (1987, Larry Peerce, USA, 233 min)
http://www.imdb.com/title/tt0093808/
This is a miniseries which may have no artistic value, but my friends and I think it is very entertaining when we saw it as teenagers.

16.A SHORT FILM ABOUT THE INDIO NACIONAL (2005, Raya Martin, Philippines)
Oggs Cruz wrote a review on this film in the link below:
http://oggsmoggs.blogspot.com/2006/07/maicling-pelicula-nag-ysag-indio.html

You can cast multiple votes.

Since I have no knowledge about history or politics, I apologize in advance if I misunderstand anything about the colonial era.


--Apart from stories about the colonial era, there are so many other interesting things in A SHORT FILM ABOUT THE INDIO NACIONAL. One of them is the way the three main male characters seem to represent the state of the nation. Coincidentally, several weeks after I saw this film, I saw HANDLE ME WITH CARE (2008, Kongdej Jaturanrasamee, Thailand, A+). Some critics point out that the story about the protagonist’s trip is full of symbols about the state of Thailand during the past several years. In a way, the protagonist of HANDLE ME WITH CARE seems to be the symbol of the state of Thailand or some people in Thailand.

The paragraph above has nothing to do with my own thinking. All the information above is what I conclude after reading some film reviews. I cannot analyze or decode any films by myself like that. Anyway, I think it is interesting that some films have characters which may be the symbols of some nations. Apart from A SHORT FILM ABOUT THE INDIO NACIONAL and HANDLE ME WITH CARE, I can only think of two other films which have characters like that: THE MARRIAGE OF MARIA BRAUN (1979, Rainer Werner Fassbinder), the protagonist of which seems to represent the state of Germany after the war; and CLOSELY WATCHED TRAINS (1966, Jiri Menzel). I have read some reviews which say that the protagonist of this film may represent the state of Czechoslovakia during the German Occupation.

Can you think of any other films which may have characters like that? 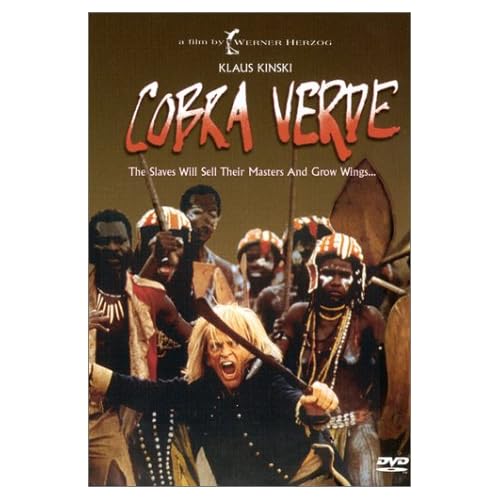 Posted by celinejulie at 9:18 PM

Regarding films whose characters are microcosms of national politics/society, The Cabinet Of Dr Caligari (Das Cabinet Des Dr Caligari, 1919) could be an example. In this film, Caligari represents the increasing authoritarianism of German political leaders, and Cesare the somnambulist represents the increasingly manipulated, passive German population. This subversive subtext was somewhat weakened by the later decision to add a prologue and epilogue to the film, in which Caligari's manipulations are revealed as a delusion.

Thank you very much, Mat. :-) I saw this film, but didn’t think about this point at all. It is sad that though the film seemed to represent very well the problem of the German nation, it couldn’t stop that problem.

I have to confess that I had the Kracauer's book photocopied many years ago, but I haven't read it yet. I even don't know where I put the photocopied book in my extremely untidy room. :-)

I think one of the reasons why I haven't started reading this book is because I am not much attracted to German films during that time. I don't know why I often fall asleep while watching films from that period, including NOSFERATU. I like Fritz Lang, Murnau, and Pabst to a certain degree, but I am not crazy for their films. However, there's one film from that period which keeps me totally awake while watching it--THE OYSTER PRINCESS (1919, Ernst Lubitsch). Maybe it is because this film isn't as gloomy as other films.