From Wikipedia:
" After the defeat at Alcácer Quibir many diligences were made to ransom the imprisoned soldiers. Several soldiers returned to Portugal (and among them was D. António, Prior of Crato), which, added to uncertainty over Sebastian's fate, led many Portuguese to believe Sebastian survived the battle and would return to claim his throne. This led to Sebastianism: the belief that Sebastian could return at any moment. Politically, there was the belief that Philip was not the rightful heir to the throne. Subsequently there was the appearance, in Portugal, of men fraudulently claiming to be the King. During the time of the Iberian Union, between 1580 and 1640, four different pretenders claimed to be the returned King Sebastian; the last of these pretenders, who was in fact an Italian, was hanged in 1619.

In the long term, it led to the development of myths and legends concerning Sebastian, the principal one being that he was a great Portuguese patriot, the "sleeping king" who would return to help Portugal in its darkest hour (similar to the British King Arthur, the German Frederick Barbarossa or the Byzantine Constantine XI Palaeologus). He would then be known by symbolic names: O Encoberto(The Hidden One) who would return on a foggy morning to save Portugal; or as O Desejado (The Desired). The legend was vigorously promoted through the massive circulation of popular rhymes (trovas) written by Bandarra. Even as late as the 19th century, Sebastianist peasants in the Brazilian sertão believed that the king would return to help them in their rebellion against the "godless"Brazilian republic." 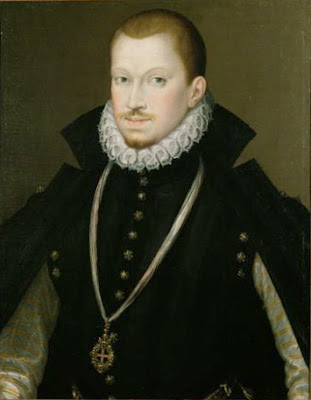