I was very busy last weekend. So my fifth poll comes a little bit late. First, let’s look at the result of the fourth poll.

IN WHICH FILM DO YOU FIND THE RELATIONSHIP BETWEEN MAIN CHARACTERS VERY INTERESTING?
There are 10 people voting in this poll, including my vote for FREVEL.

9.MONSTER (Patty Jenkins) + RIPLEY’S GAME each got no vote.

Thank you very much for everyone who participated in it. To tell you the truth, I like BREATHLESS the least among all the choices. Hahaha.

I think I learn some lessons from the relationships in BERLIN ALEXANDERPLATZ, “LUST, CAUTION” and UNE PARTIE DE PLAISIR. At least it tells me not to trust someone easily, though you know that person very very well.

I think I feel the most involved in the relationship in CAPOTE. The relationship in BETRAYED used to be a kind of my daydream when I was a schoolboy. I used to imagine that I was a strong woman like Debra Winger who had to deal with a handsome villain like in this film.

THE LIVES OF OTHERS and MONSTER made me cry.

My fifth poll is inspired by Mr. PC, Filmsick, and Merveillesxx from Bioscope webboard. They are fascinated by the crazy scene of Isabelle Adjani in POSSESSION. So my fifth poll is about insane or nearly insane heroines. All of these are my favorite heroines.

WHO IS YOUR FAVORITE FEMALE CHARACTER OR PERFORMER?

--I forgot to allow the voter to cast multiple votes in this poll. I’m sorry about that. So in this poll you can cast only one vote.

--Merveillesxx comments on the clip of POSSESSION in Thai here:
http://www.bloggang.com/viewdiary.php?id=merveillesxx&month=12-2007&date=16&group=1&gblog=109

--I love all these ten female characters, but I choose to vote for BREMEN FREEDOM, because this is one of my most favorite films of all time. When will this film be released as DVD?

--This is my wish list for films with insane female characters:
(I know most of them through TIME OUT FILM GUIDE.)

“"While ONE FLEW OVER THE CUCKOO'S NEST offered a subversive and satirical look at a psychiatric institutions, ROSE GARDEN delivered a dramatic, emotionally compelling portrait of a young woman's experience of psychiatric treatment. This Oscar(R)-nominated screenplay was adapated from the best-selling novel by Hannah Green. It features a critically acclaimed performance by a young Kathleen Quinlan in an extremely challenging role. Shot with stark realism, the film pulls no punches in its depiction of a psychiatric ward, while maintaining individual and sensitive portrayals of the hospital's residents." -- Roger Corman~~~In her critically acclaimed performance, Kathleen Quinlan inhabits Deborah, a mentally ill teen who struggles between fantasy and reality, escaping to her own imaginary world. Deborah is sent to a psychiatric hospital for treatment by Dr. Fried (Ingmar Bergman favorite Bibi Andersson), who must attempt to rescue Deborah from the cruel beauty of her inner world.~”

Synopsis from http://www.amazon.com/
“Few actresses are adored by the camera as much as Jean Seberg is in the brooding, 1964 psychodrama Lilith. The legendary American and European star (Godard's Breathless), playing Lilith Arthur, fixes one's attention on her every nuance in Robert Rossen's tale of a beautiful, sexual omnivore and psychotic patient at a New England mental hospital. Withdrawn into her small world of dolls and fantasies, Lilith responds to the attention of a laconic, Korean War veteran, Vincent Bruce (Warren Beatty), who is trying to find himself by working as an occupational therapist. Burdened by a murky, guilt-ridden past (involving his mentally ill mother), Vincent gradually falls into an unnervingly passionate affair with Lilith--much less a romance than a shared journey toward mutual implosion. Rossen's severe, sincere, stark black-and-white drama is sometimes lost in a muddle of undefined character motivations, but it's quite a ride toward the film's last-minute epiphany. Watch for Gene Hackman in a small role. --Tom Keogh”

Synopsis from http://www.amazon.com/
“Possessed has an abundance of noir atmosphere (everything gets to be as shadowy as the inside of Louise's brain) and a full ration of Crawford at her most florid. The story is a wild ride: an invalid wife, a lonely widower, a daughter resentful of former nurse Louise's new status in the household. Plus there's the true crazy-making love of Louise's life, an engineer (Van Heflin) whose heart is as dry as his manner is breezy ("When a woman kisses me, Louise, she has to take pot luck"). The film's overripe writing is balanced by Joseph Valentine's sharp-angled photography, to say nothing of the vectors of Joan Crawford's sharp-angled face. As a companion piece to Crawford's Mildred Pierce performance, this one takes Mildred to her extreme--single-minded obsession and derangement. What Crawford lacked in subtlety she made up for in sheer commitment, which perhaps suits this character very well. --Robert Horton”

“Based on a true story, this telefilm debut in 1976 to extraordinary response. Sally Field - in an Emmy Award winning and career-turning performance - portrays Sybil, a woman suffering from multiple personality disorder who develops over 16 distinct personalities in order to cope and escape haunting memories of her harrowing childhood. Joanne Woodward plays the understanding and compassionate psychiatrist that helps Sybil confront her horrific past and eliminate her demons.” 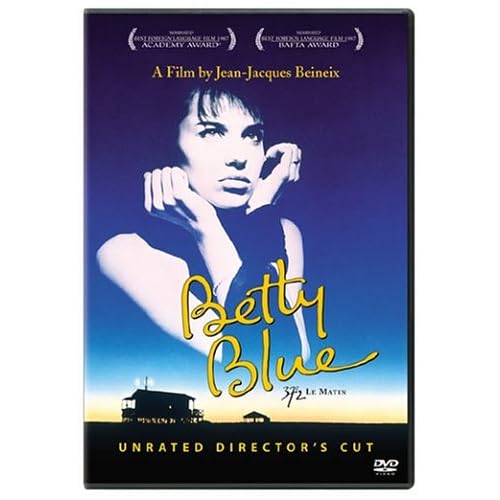 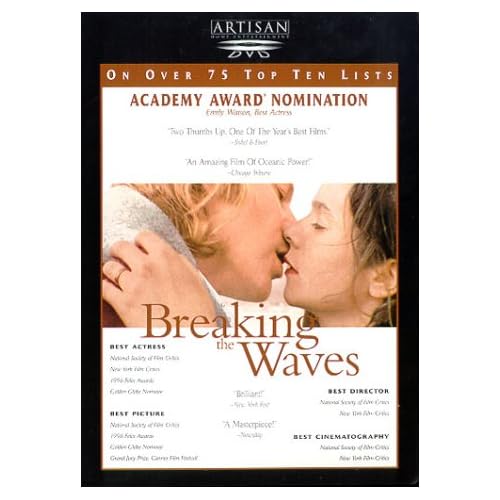 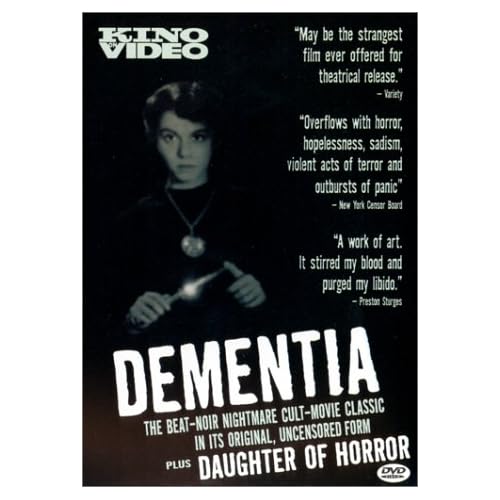 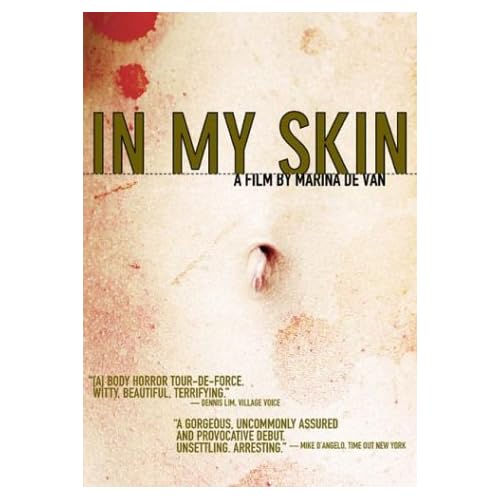 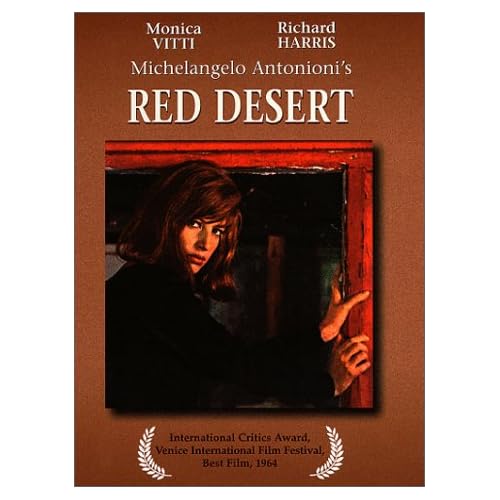 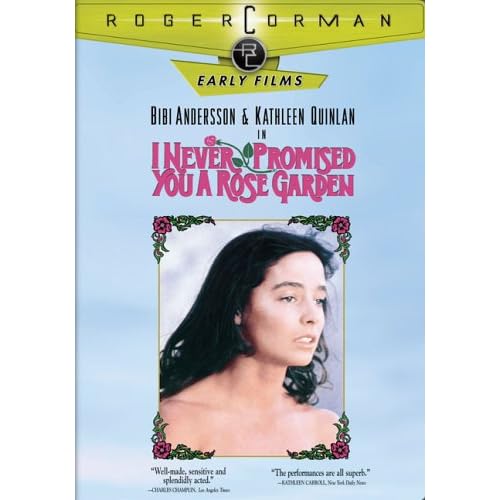 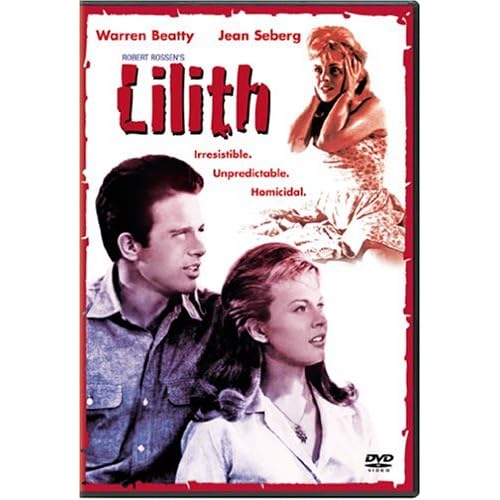