SHE'S THE ONE -- CARIBOU

SHE’S THE ONE -- CARIBOU
http://www.youtube.com/watch?v=_cTTR3IXdKI

“Sleigh Bells. Multi-tracked, bombastic drums. Gentle falsettos. Flutophone. Flutophone? Just some of what you'll encounter in the first few minutes of Andorra. For those unaware, Andorra is a small country nestled between Spain and France, and Caribou is one Don Snaith, formerly known as Manitoba (he switched names after threat of lawsuit by ex-pro wrestler Richard "Handsome Dick" Manitoba. No joke.). Andorra continues Snaith's trajectory since 2003's Up in Flames, when he shed the IDM and electronic cocoon of his earlier work for the sun-soaked psychedelic maelstrom (and live band) that continues to date. Snaith has found a new level of focus within the confines of his swirling laboratory and the result is an exhausting slab of avant-pop. '60s grab-bag comparisons here are inevitable. "Melody Day" is remarkably like The United States of America in its soft, falsetto melody and freakbeat drums. The Silver Apples robotic bass line pop of "Sandy" gives it a mechanical propulsion that cuts through its curtains of noise. "After Hours" is Soft Machine reincarnate. "Irene" is a melancholy drum machine-backed pop tune, until it gives way to white noise (literally--or is that pink noise?). The unifier of Snaith's compositions remains the ubiquitous, multi-tracked drum onslaught, but the confidence in his vocals (and subsequently, the melodic appeal) increases with every release. The few missteps, like "Desiree," which falls flat in its meandering, do not deter the overall success of this outing. Half a century of studio experimentation has informed and enhanced the recipe for blissing out, and Caribou cooks up another batch here for your immersion. --Jason Pace” 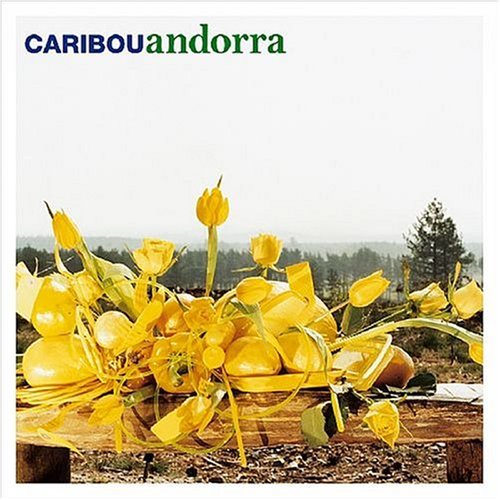 Posted by celinejulie at 1:01 AM