Vernon Zimmerman seems to be very interesting. I also want to see LEMON HEARTS (1961) by Zimmerman very much.

"RON RICE. VERNON ZIMMERMAN. THE POETRY OF THE ABSURD.

THE FLOWER THIEF (1960) by Ron Rice, and LEMON HEARTS (1961) by Vernon Zimmerman, are two of the latest and most successful examples of post-PULL MY DAISY cinema. Both are made with the utmost creative freedom, with the utmost disrespect for the "professional" camera, plot, character conventions. They merge and combine the spontaneous cinema of PULL MY DAISY, the freedom of the image of Brakhage, the "uncleanliness" of action painting, the theater of Happenings (Kaprow) and the sense of humor of Zen. Their imagination, coming from deeply "deranged" and liberated senses, is boundless. Nothing is forced in these films. They rediscover the poetry and wisdom of the irrational, of nonsense, of the absurd—the poetry that comes from regions that are beyond all intelligence, the regions of ZÉRO DE CONDUITE, of FIREWORKS, of DESISTFILM.

Nevertheless, the materials with which they create are embedded in reality. Didn't Rimbaud write his ILLUMINATIONS out of the burning, intensified reality of his own life? Such are the lives of the modern film poets. With their own lives, they create a "cinema reality" that is tense to the point of explosion. In a sense, they don't have to "invent"'; they just have to turn the camera upon themselves, or upon their close friends, and it explodes into the pyrotechnics upon which no imagination could improve."

The quote above comes from the book FILM CULTURE READER (edited by P. Adams Sitney). 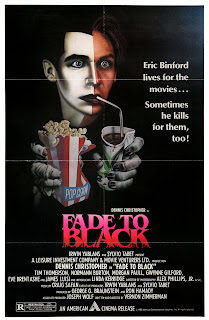 Posted by celinejulie at 9:15 PM