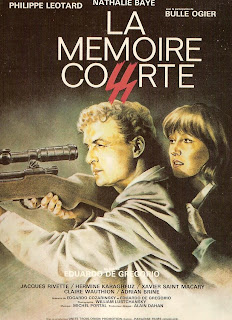 What I like very much in this film includes

1. It reminds me of old-styled fairty tales, like SNOW WHITE, THE SLEEPING BEAUTY, BEAUTY AND THE BEAST, THE TWELVE DANCING PRINCESSES, etc. But it is still entertaining. I think it is very difficult to make an old-styled fairy tale "entertaining" as a feature film these days, because if the story is too familiar for the audience, it would lack suspense and become too predictable.

2. There are not too many events in the story, which makes it different from such films as THE LORD OF THE RINGS (A+), THE VOYAGE OF THE DAWN TRADER (2010, Michael Apted, A+/A), or THE GOLDEN COMPASS (2007, Chris Weitz, B), etc. Many current Hollywood fairy-tale films try to cram too many events into their 120 minutes. The stories in these films sometimes move too fast. They are adapted from long novels. On the other hand, the story in KRABAT makes me feel as if it is adapted from a short story.

3. I like the dark atmosphere in this film. It is nearly as compelling as the dark atmosphere in HARRY POTTER AND THE HALF-BLOOD PRINCE (2009, David Yates, A+) and HARRY POTTER AND THE DEATHLY HALLOWS: PART 1 (2010, David Yates, A+/A). I think the dark atmosphere in KRABAT is what makes it different from THE LAST AIRBENDER (2010, M. Night Shyamalan, B+). While I was watching KRABAT, I wondered how the hero could defeat the villain, because the villain looked so powerful. And that makes KRABAT exciting. While I was watching THE LAST AIRBENDER, I was sure that the hero would defeat the villain, because the hero looked so powerful. And that makes THE LAST AIRBENDER boring.

However, I also would like to change something in KRABAT, including:

2.The heroine wouldn't look so innocent or helpless like this. At least she should be able to defend herself as good as Christina Ricci in SLEEPY HOLLOW (1999, Tim Burton, A-).

3.The film should have no resolution, no explanation, or no happy ending, like THE CURSE (1988, Ralf Huettner, A+).

4. The film should start as a fairy tale, and then develop into a real horror film. Maybe like KURONEKO (1968, Kaneto Shindô, A+).

5.The soundtrack should be less obvious. I think both KRABAT and GERDA'S SILENCE (2008, Britta Wauer, B+) suffer from the overuse of soundtrack.

This is the photo of Marco Kreuzpaintner. 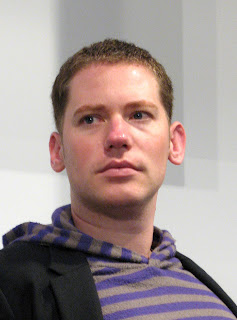 Posted by celinejulie at 8:49 AM No comments:

Thanks to Filmsick for telling me about DUCKS & WOMEN.
Posted by celinejulie at 12:19 AM No comments:

1.THE FESTIVAL OF DEMON SPIRIT (งานนักขัตฤกษ์ของภูตพราย) (2011, Sittiporn Racha, A++++++++++)
The film seems to be composed of found footage, audio clips, and text. In the first scene we see a traditional Thai dance from the past, while we hear the sound from an international sports competition, in which the commentator is obviously cheering for Thailand. This scene reminds me of something I hate in Thailand—the fact that traditional things and sports are highly regarded by the powerful people in Thailand, while arts and creativity are not only ignored, but they are also considered as detrimental to national security in some cases.

In the third scene we see some found footage from Thailand in the past, maybe 30-50 years ago, including a shot of the Democracy Monument. We hear a sound bite of a politician. I'm not sure.

What does this film mean? I don't know. But I would like to screen it together with some films by Jean-Luc Godard, Alexander Kluge, Harun Farocki, and Arthur Lipsett.


2.THREE KINGS (2011, Taiki Sakpisit, A++++++++++)
The film starts with a scene of a male boxer sweating and bleeding. In the second scene we see a man giving a sacred cloth to the boxer to wear on his head, and also giving him a neck garland. The sacred cloth in this scene unintentionally reminds me of a crown. The third scene, which is about four minutes long, is about a brown squirrel which seems to be watching a boxing match.

The sound effect in THREE KINGS is as stunning as WHISPERING GHOSTS (2008, Taiki Sakpisit).

I have no idea what THREE KINGS means. How does this film make me feel? This film unintentionally makes me yearn to be the squirrel in the film, because it doesn't take part in the fight, in the bleeding, in the hurting or getting hurt, in the winning or losing. It just watches the fight from afar.

I would like to screen this film together with some films by Jean-Marie Straub which have repeated scenes, or with MARILYN TIMES FIVE (1973, Bruce Conner), which also has repeated scenes, or with YOU AND ME PUT THE 'YOU' AND 'ME' IN 'YOU AND ME' (2010, Chi Too, Malaysia), which also has scenes of nearly empty landscape. :-)
Posted by celinejulie at 12:07 AM 3 comments: 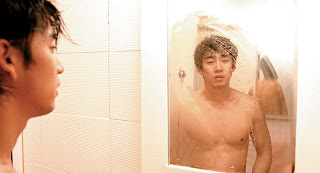 Today is the Teacher's Day in Thailand

There are several teachers whom I want to kill, because they made me suffer when I was young. But I won't spend my time thinking about them. Or else I cannot suppress my urge to kill.

On the other hand, there are some teachers I like very much, including Gattiga Tangtanaganont, who was the class teacher when I was in Grade 9. She is one of the most sensible teachers in my life.

Another favorite teacher is Sonthaya Subyen. He unintentionally turns me into a cinephile. If I hadn't known him in the late 1990's, I might not have been a cinephile like this.

Sonthaya doesn't teach me directly. He teaches us indirectly by curating many film programs at his cinematheque and publishes some film books. Attending his film programs, reading his books, and talking to him influence me a lot.

If there had been no Sonthaya Subyen, there may not have been "MdS" at the Bioscope Webboard or "Celinejulie" at Limitless Cinema blog. So for the Teacher's Day today, I would like to pay a respect to Sonthaya. :-)

Sonthaya's film programs that I attended include:

--A favorite quote from Sonthaya Subyen in the book BOOKVIRUS 1 (2004). I change the format of his writing a little bit to make it easier to read :

“Cinephiles must dare to venture into the field of literature and go as far as they can into the universe of language. Cinephiles must read some particular books which can pierce through the strictest mindsets. These book are:

4.IF ON A WINTER’S NIGHT A TRAVELLER

6.MY NAME IS RED (Orhan Pamuk)

And the books of

Book lovers should also see some particular films to understand that films can go much farther than you think. Films are neither mere spectacles nor mere entertainment. The films that book lovers should see are:

13.THE LAST OF ENGLAND (Derek Jarman)

28.The films of Werner Nekes

29.The films of Alexander Kluge

What is certain is that these books and films risk losing most of their power if they are transformed into another media. This is because the authors of these books and the directors of these films truly understand the essences of the art form they choose to use. 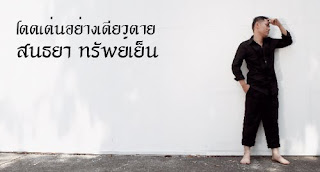 As for what happens in this film, I don't know who I should side with. I'm just glad I'm not the one who must decide in this case. It's the responsibility of the Bavarian politicians.

Apart from WAGING WAR ON BEAVERS IN BAVARIA, other enviromentalist documentaries I like include: 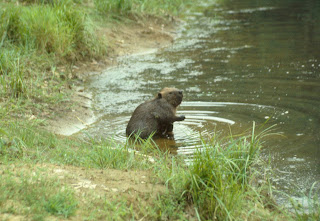 Posted by celinejulie at 5:12 PM No comments:

My most favorite part in the film is the part that deals with Giant trying to rescue an animal which looks like a beaver from the factory pit and returning them to nature. It is a very tender act.

The religion part in this film is very interesting.

I also like the distance between the characters and the audience. I think that most films that deal with the abusive boss and the abused laborers try to make the audience sympathize with the laborers and make the audience feel angry and sad with the laborers. But not in the case of DERNIER MAQUIS. I think the film doesn't try to make us feel close to any characters, which means we can't judge any characters' actions by our spontaneous feelings and emotions. At the moment the film ended, I didn't know who I should side with—the boss or the striking laborers. The film doesn't tell me clearly. I must think carefully first before I can come to the conclusion that the boss in this film seems to be more wicked than the striking laborers.

I love films which concern factories. Apart from DERNIER MAQUIS, films in this group that I like include: 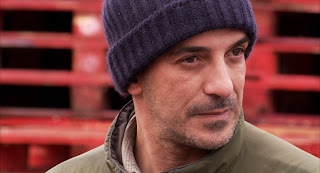 Posted by celinejulie at 7:41 PM No comments:

LE PENDU may not be as great as CELINE AND JULIE GO BOATING, but LE PENDU is still a good film in its own way. When I was watching this film, I couldn't figure out what kind of film it is. Would it turn out to be a horror, a murder mystery, a romantic, or a comedy film? Like in the case of CELINE AND JULIE GO BOATING, LE PENDU unintentionally shows that "the genre" is not important.

Apart from LE PENDU, I also like other films which refer to CELINE AND JULIE GO BOATING, including BERLIN CHAMISSOPLATZ (1980, Rudolf Thome) and MV: SAWANG PAI SAWANG MA (2010, Sonthaya Subyen). 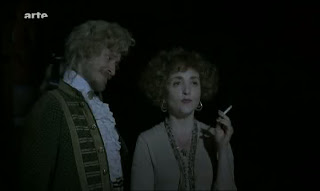 Posted by celinejulie at 6:13 PM No comments: 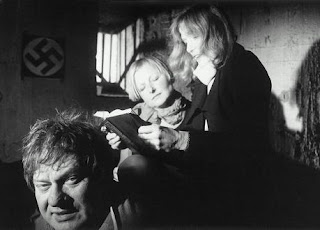 Posted by celinejulie at 11:13 PM No comments:

This is the photo of Marthe Keller who plays Dr. Rousseau in HEREAFTER. I like Marthe very much when she stars in THE AVIGNON PROPHECY (2007, David Delrieux, A+) as the high priestess of the "Servants of Sara" cult.

My most favorite scene in HEREAFTER may be the scene in which Matt Damon is eating alone in his room, because it reminds me of my own life. Why do eating scenes in films usually present more than one person in the scene? I have dinner alone in my room nearly every day in my life. Are there any other impressive scenes of a character eating alone in a room in any films, apart from the ones in HEREAFTER, AFTERNOON TIMES (2005, Tossapol Boonsinsukh), DINING TIME (2006, Shigeaki Iwai), NIGHTFALL (2008, Rouzbeh Rashidi), and, well, THE PHANTOM OF LIBERTY (1974, Luis Buñuel)? 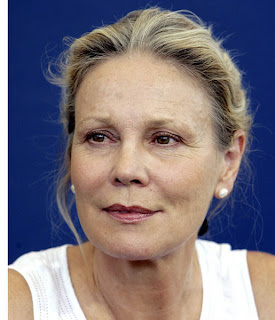 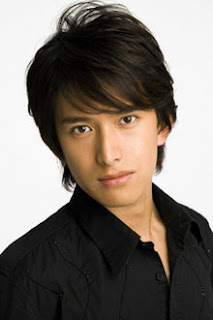 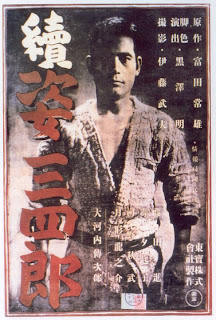 Posted by celinejulie at 9:06 AM No comments: 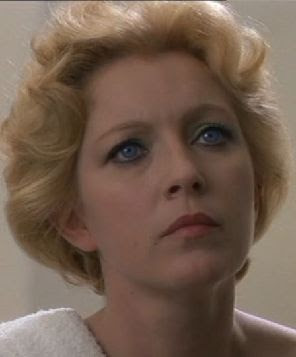 I like the inclusion of the still image of a woman in this film and NIGHTFALL (2008, Rouzbeh Rashidi).
http://www.youtube.com/watch?v=fKBe2aYO0zQ
Posted by celinejulie at 8:35 AM 1 comment:

AN IMAGE FOR CHILDREN'S DAY

This is the painting "THE ECTOPLASM OF MISS SVENGALI AS PRODUCED BY MADAM PHANTASM ILLUSIONISTA" (2007) by Carrie Ann Baade. 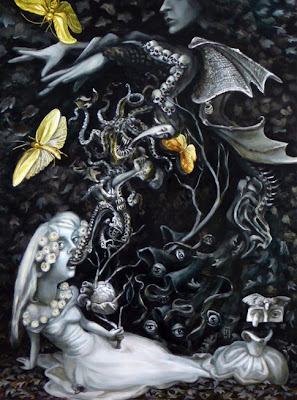 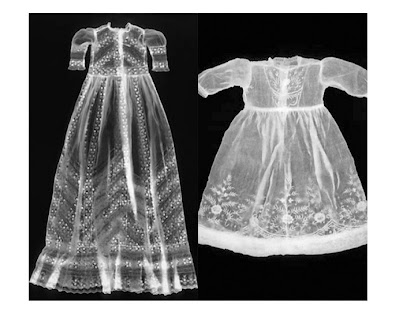 Posted by celinejulie at 10:53 PM No comments:

This is an image from A SELF-MADE DAME (คุณหญิงบ่าวตั้ง), which is one of my most favorite TV series of all time.

Thanks to Graiwoot for this image.

All these awards must unarguably go to A SELF-MADE DAME (คุณหญิงบ่าวตั้ง). 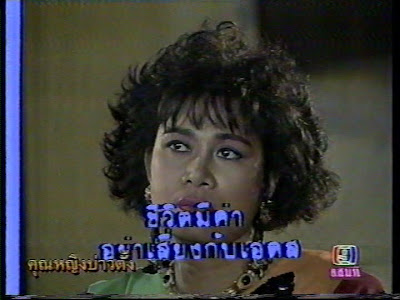 I like the fighting scenes of Apiradee Pawaputanont and Runya Siyanont in this TV series very much.
Posted by celinejulie at 1:56 PM 1 comment:

FAVORITE MUSIC VIDEOS 11: I TURN MY FACE TO THE FOREST FLOOR – Gravenhurst

Thanks to Kanokporn for telling me about this animation music video.
Posted by celinejulie at 1:16 AM No comments:

Thanks to Nitrate Soup for telling me about this.
Posted by celinejulie at 3:07 PM No comments: