MUST-SEE FILM IN SEP -- EVERYONE ELSE

This is the link to the trailer with English subtitles:
http://www.bangkokfilm.org/index.php?name=programs&file=readprograms&id=22

This is what Olaf Moller wrote in Film Comment, May/June 2009, about EVERYONE ELSE:
http://www.filmlinc.com/fcm/fcm.htm

"At this point, the film casually moves to another level, becoming a painfully precise portrait of a generation that just doesn't know where it stands in terms of class and politics: afraid of being bourgeois, yet longing for the whole middle-class package; hoping that their petulant postings come off as expressions of a rebellious spirit, but so tangled up in irony that they're helpless the moment things get serious."
This is what Kent Jones wrote in Film Comment, July/Aug 2009, about EVERYONE ELSE:

"When a couple enters the terrifying gray zone between commitment and abandonment, they go armed with the ability to create an unsettling physical vocabulary. The deeper they go, the more treacherous certain looks and gestures become. The timing of a returned stare—the relative speed of the return and length of the prolongation—has the power to wound. An exquisitely punctuated smile can be read as a prelude to rejection. And lovemaking is relegated to a temporary respite, resorted to with increasing desperation." 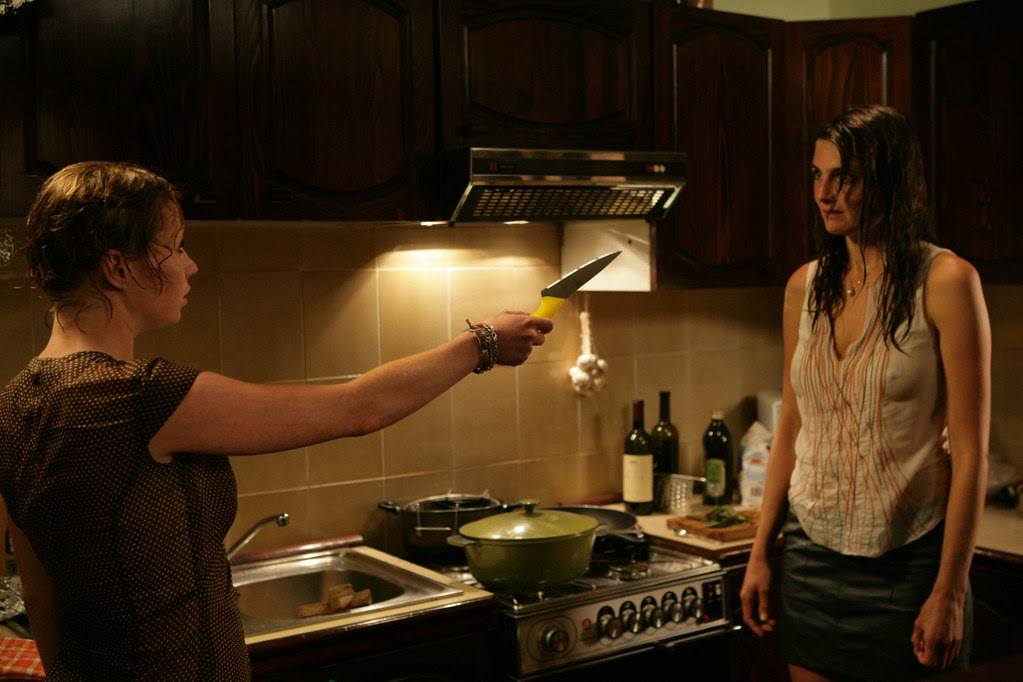