Things I like very much in this film include:

1.In the early part of the film, the heroine kills a young boy for self-defence. Thus, the film does not conform to the rule "Children and dogs always survive", which seems to be a problem in most Hollywood films. I don't hate children or dogs, but this kind of rules limits the possibilities of the plot, story, or film. Conforming to this rule makes the film more boring, such as MIMIC (1997, Guillermo Del Toro), in which some audience can predict beforehand that the boy will survive. Destroying this rule makes the film much more memorable, such as THE MIST (Frank Darabont, A+++++++++++++++), and FALLING SKY (2002, Gunnar Vikene).

5.I love the personalities of the female characters in this film very much, including the heroine; the female assassin who is murdered in the opening part; Turquoise (the new assassin who tries to replace the heroine); and Kongdong Blue Sword. All of them look very graceful.

6.The male characters in this film are very desirable, including Jung Woo-sung, Shawn Yue, and Li Zong Han (Calvin Li).

8.The lack of humor in this film conforms to my taste. Generally I prefer serious action films such as SWORDSMAN, SWORDSMAN II, and REIGN OF ASSASSINS, to action-comedy films.

9.I usually like films/TV series of which the heroines are very good in fighting, such as KICK-ASS (2010, Matthew Vaughn), SWORDSMAN II, SUKEBAN DEKA, GOLDEN SWALLOW, PAINTED SKIN, and THE HEROIC TRIO. 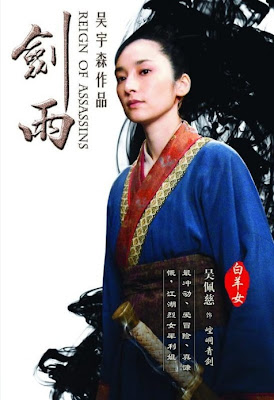 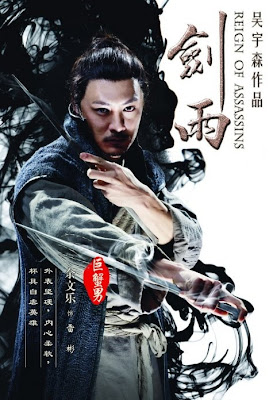 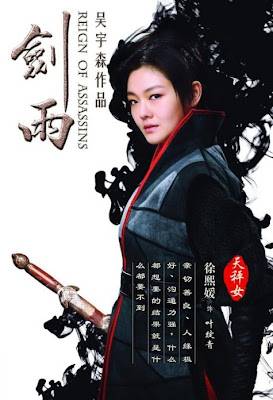 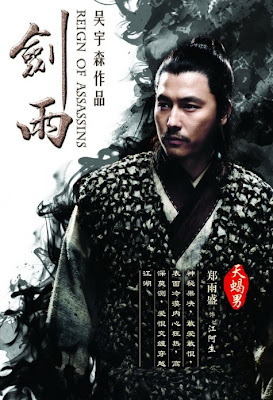 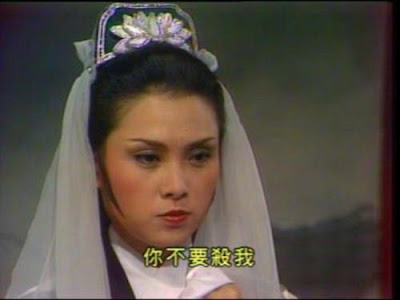